(Or as the Chinese say, street food in Shanghai)

Shanghai has a fantastic street food scene. A typical breakfast in Shanghai can consist of walking to your favorite street vendor and ordering up a small bit of food.

I got breakfast several days in a row on Wulumuqi Road next to Sharon and Mark’s apartment. It’s close to both the U.S. and Iran consulates. (Interestingly, these two friendly countries have consulates across the street from each other.)

Several of my meals were of a slightly sweet pork-filled dumpling. The dumplings are cooked in front of you and are sold in groups of four. However, no one orders just four–four is bad luck and not enough to eat. Eight is a more typical number–it’s just enough and a lucky number. Eight dumplings cost around 25 cents (one Yuan, eight Mao). 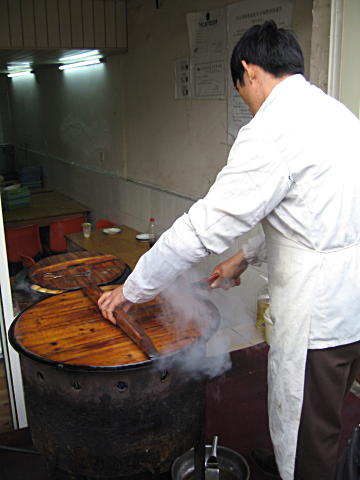 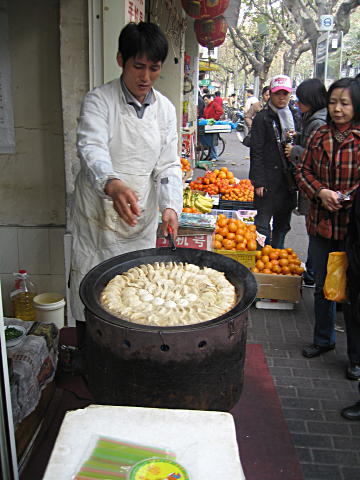 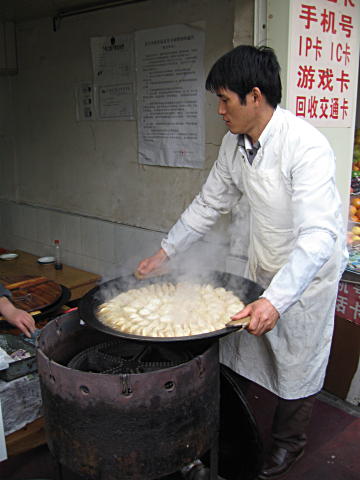 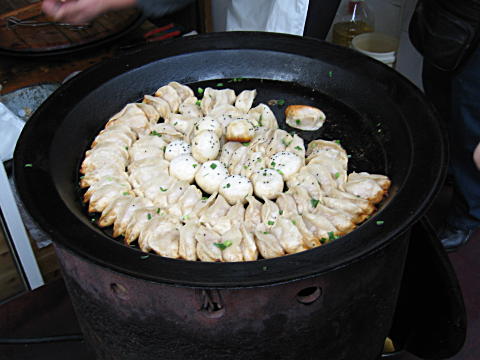 Mark and I took a group of dumplings back to the apartment to enjoy. 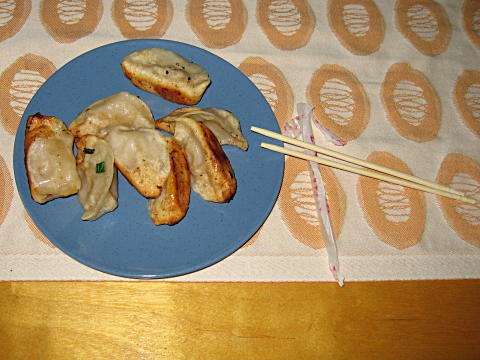 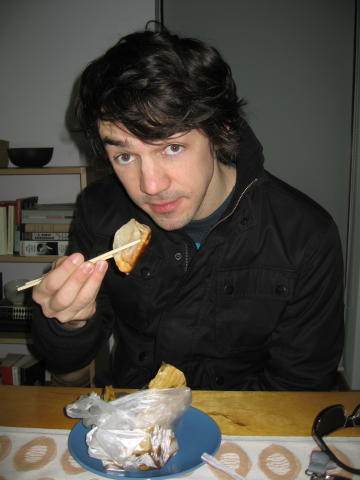 Another typical dish is steamed buns. You can get them with pork or vegetable filling, or even just plain. The dough is sweet, spongy, and filling. The steamers for the buns are all stacked on top of each other. The steam comes from the bottom and cooks the food as it rises through the steamers. Each level has a different kind of bun; you can ask to see the different levels or just ask for a specific bun. 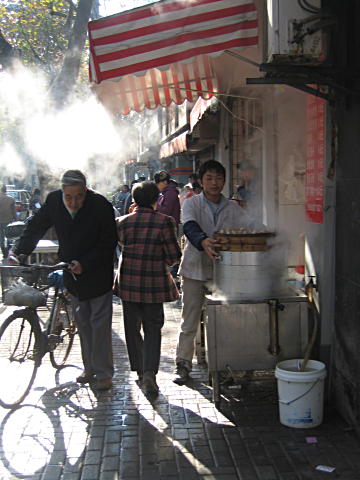 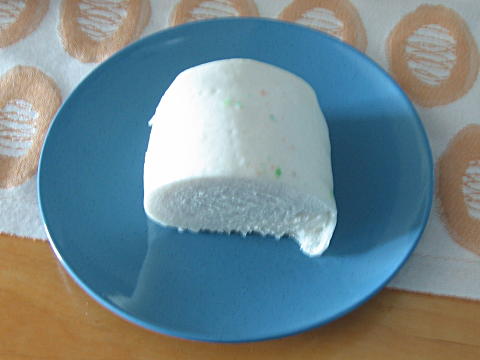 I bought other street food while in Shanghai, but I don’t have pictures of all of them. Some other good street food I enjoyed included fried pancakes and roasted chestnuts. Here, people are lining up for either duck or chicken for lunch. 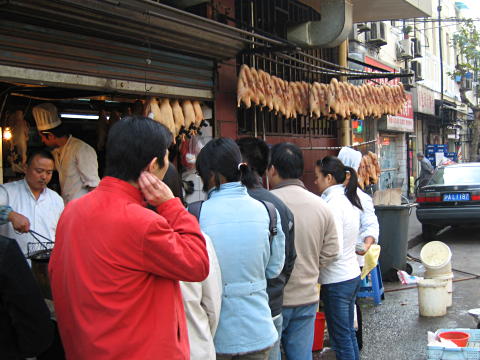 Like many other cities in the United States, Shanghai has any number of semi-outdoor groceries. 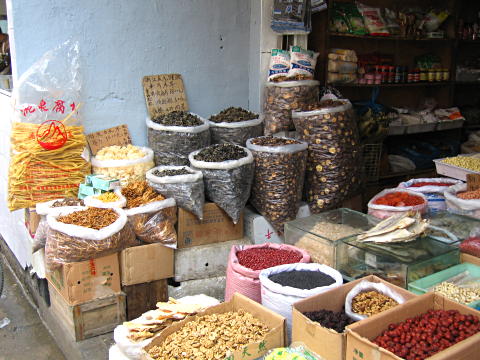 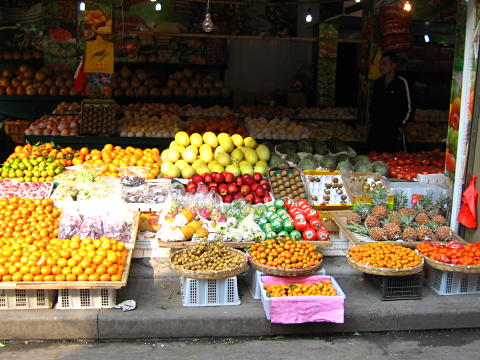 I also enjoyed sugar cane juice. For two Yuan (around 26 cents), you can get a glass of fresh squeeze sugar can juice. The sugar cane goes in one end and juice comes out the other end. The juice is both sweet and sour; it is very refreshing and a good afternoon snack. The plastic glass is very flimsy, and you need to be careful not to squeeze it too tightly or the juice will flip out all over the place. 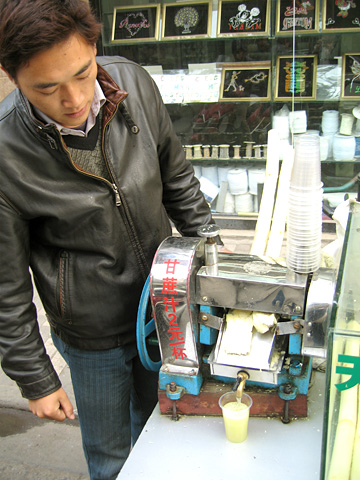 I was very happy with the street food scene in Shanghai. The food was fresh, affordable, and tasty. For the record and those folks who are nervous about eating food from street vendors, I did not get ill from the street food.