Shanghai is a modern, cosmopolitan city with fantastic architecture that blends the old and the new. Like Paris and La Défense, Shanghai decided to build a major commercial area just outside of the old downtown across the Huangpu River in what used to be swampland. This area is call Pudong. 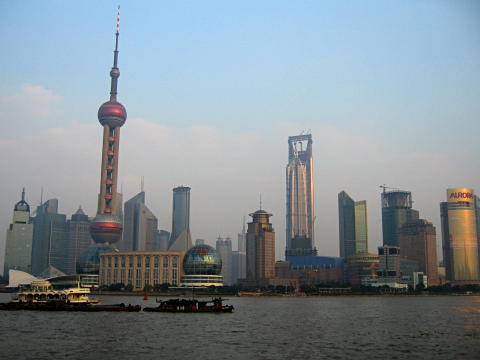 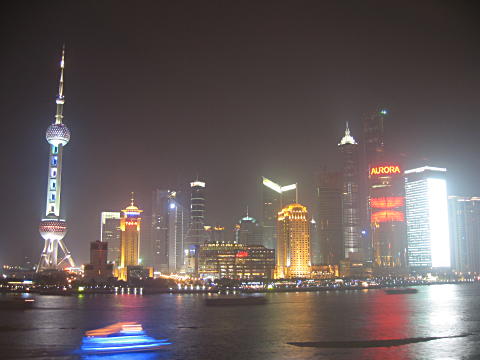 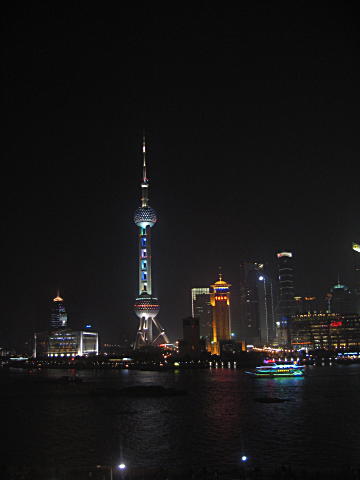 Along the west bank of the Hangpu River is The Bund, a large road and pedestrian plaza. There are great views of Pudong. It’s particularly pretty at night. 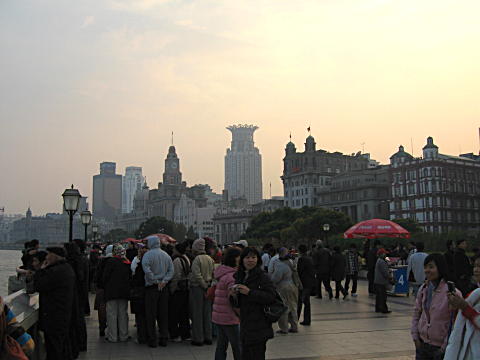 Sharon and Mark’s apartment has a great view of downtown Shanghai. 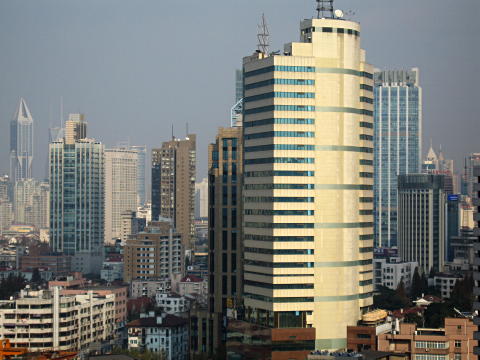 Tourist information center. I wonder who sponsors them? 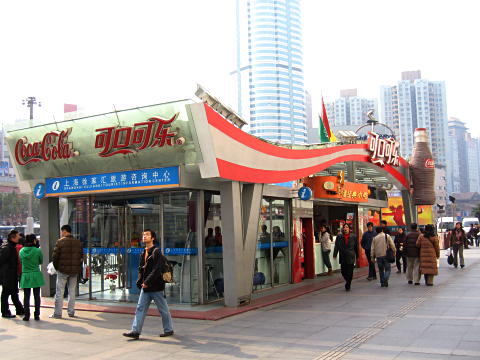 In Shanghai, there are traffic signs that tell you exactly how many parking spaces are available in a given location. It’s a neat idea. 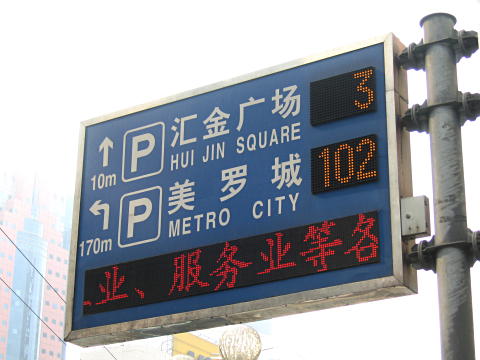 Nanjing Road contains many shops and a large plaza. Seeing that I was not Chinese, people ran up to me every minute or so to try to sell me bags, watches, or watch bags. (I don’t know what a watch bag is.) 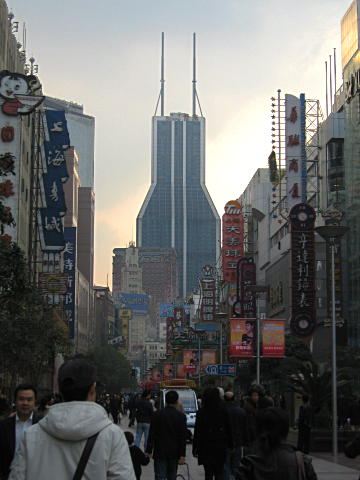 The shops outside of Yuyuan Gardens were probably more geared towards the tourist crowds, but they were fun to shop in. I’ve never seen anyplace like it. 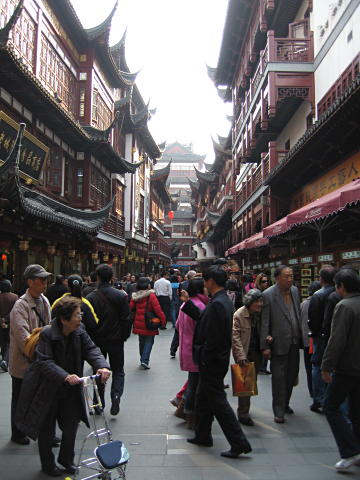 Sharon and Mark live in a neighborhood called the French Concession. This area was created as a neighborhood administered by the French government for the use of French citizens. Of course, this neighborhood is now part of China. However, there are still many French shops in this area, from wine bars to bakeries. This part of the city managed to blend both European and Chinese architecture. 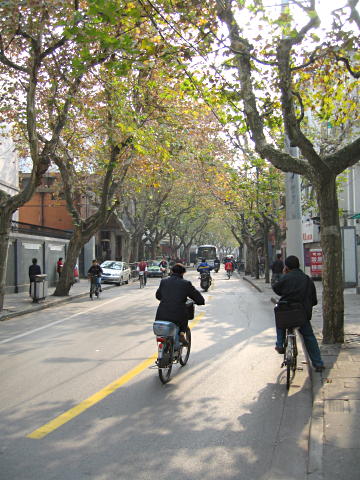