Hairy crab is a specialty of Shanghai. You can buy the crabs around the city, including in the airport. In fact, the Shanghai airports recently had to enact a ban against carrying around unsecured crabs–apparently there were too many incidents of escaped crabs skittering around the airport.

Folks in Shanghai are very proud of their hairy crab, as you can see in the photos from Yuyuan Garden. I took this photo of a hairy crab on Wulumuqi Road, just around the corner from Sharon and Mark’s apartment. Note what looks like arm warmers near the claw–this is where Hairy Crab gets it name. 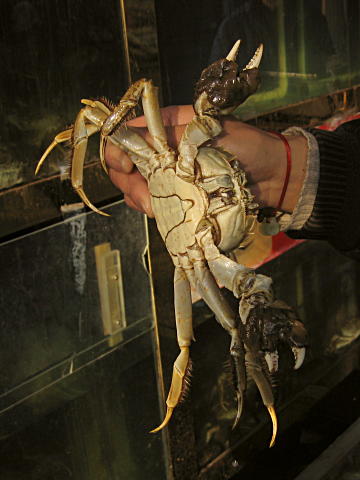 Mark and I went hunting for Shanghai Hairy Crab on Saturday morning. The first place we tried to go (a hotel restaurant) was fully booked and a bit too expensive. We ended up across the street at Jade Garden on South Mao Ming Road. Jade Garden is a small chain of restaurants mainly located in Beijing, Shanghai, and Hong Kong. As you can see from their website, they definitely cater mainly towards the Chinese. In fact, Mark and I were one of only three obvious non-Chinese people in the restaurant, and it was full of families and groups of people. It was very elegant, and the staff was polite and kind despite our inability to speak Chinese fluently. 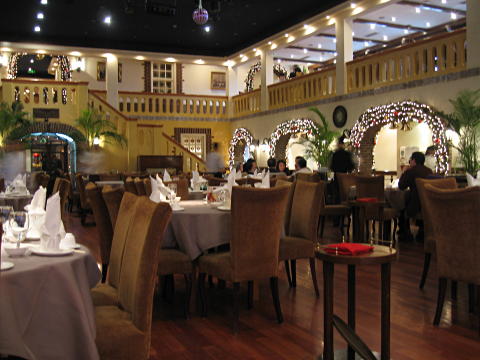 We started out with some dumplings, both shrimp and pork. 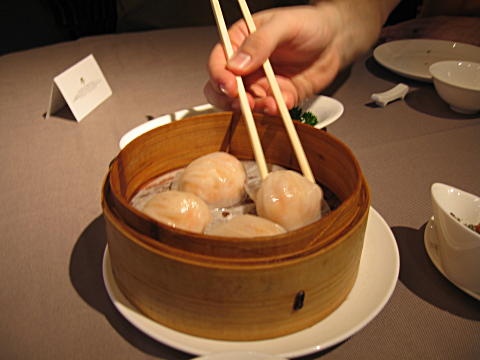 The pork dumplings were nice and juicy and reminded me a bit of soup dumplings from Joe’s Shanghai in the New York Chinatown. However, I don’t believe there was any additional soup; I think the liquid in the pork dumplings in Shanghai was simply juicy goodness from the dumpling filling. 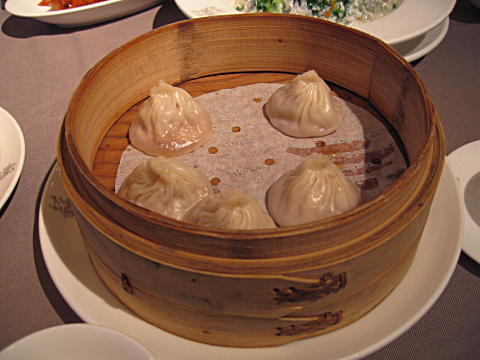 We wanted to get some vegetables, so on the recommendation of the waiter we ordered this dish. Neither of us were sure exactly what it was. We believe it was a pickled melon of some kind. It had a nice fresh and vinegar flavor with a nice snap. It was very nice dish–I wished that I understood more Chinese so that I could know the name of this dish. 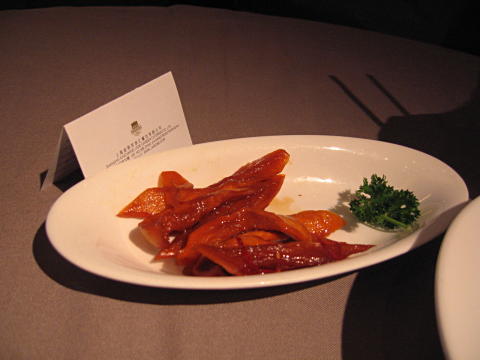 Mark felt that we had not ordered enough vegetables, so he ordered this broccoli dish. The broccoli dish was at best interesting. I don’t think that either of us would order it again. The white substance on top of the broccoli was a very strong fish sauce; it was almost like a fish puree. The broccoli was just barely cooked, so there was a sharp contrast between the crisp broccoli and the thick, creamy fish sauce. This was the most challenging dish I ate in China. The joke was on Mark, of course–neither of us thought of this dish as a “vegetable” dish. 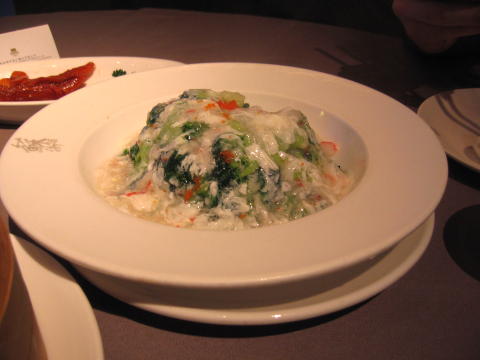 Our final dish was the hairy crab. We ordered two crabs. They were served split in two in a thick soy sauce. The crab was delicious. It reminded me of the flavor of blue crab from Baltimore, but with a creamy, rich taste and a soft texture. Unfortunately, the crab were as difficult to eat as blue crab, and the sauce made the crab even more difficult to handle. The restaurant provide us with utensils to crack open and eat the crab, but it was messy business all around. 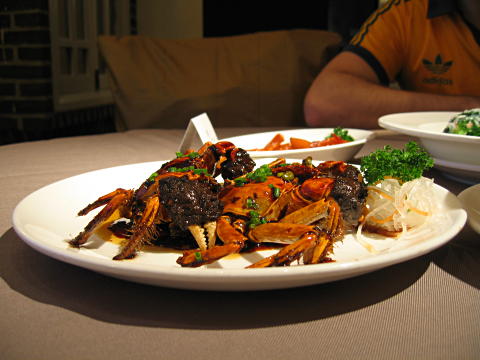 Mark and I had a fun time at Jade Garden. I recommend checking the place out.

One Response to “Hairy Crab”