At the start of the summer, I took a tour of New York City’s harbor. The tour was run by the Working Harbor Committee; they are the same people who organized the tugboat races the other day. This was not your standard tour of the harbor–we visited all of the docks that regular tourists don’t usually see.

There are four Working Harbor tours offered each year; the last one is next Tuesday on September 15. Tickets are still available. You can read more about the event or buy tickets directly.

It was a bit of a gray day, but some parts of the tour were quite picturesque. This panorama was shot midway through the tour.

The tour was run from the Zephyr, a ship run by Circle Line tours from South Street Seaport. Even though it got a bit chilly, everyone was on the top deck of the ship. 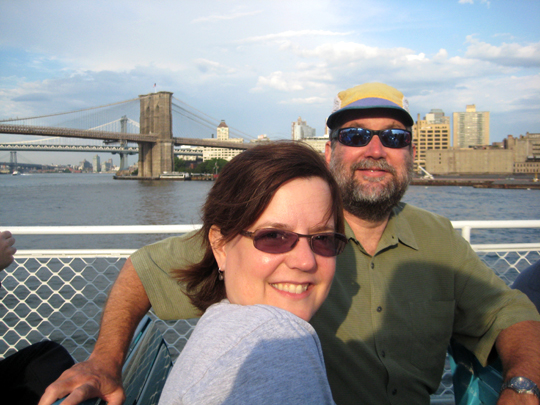 Anne, Phil and I enjoyed the tour. In the background are the Brooklyn and Manhattan Bridges. 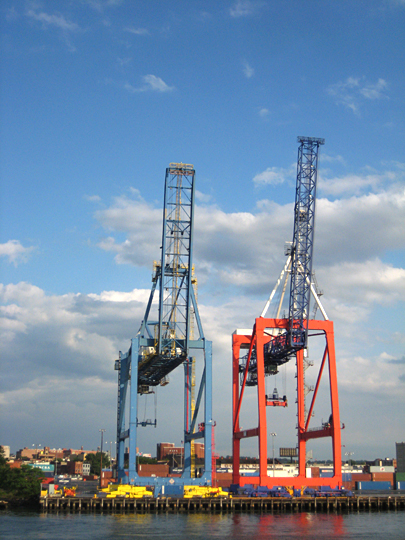 Large cranes outside of Red Hook. 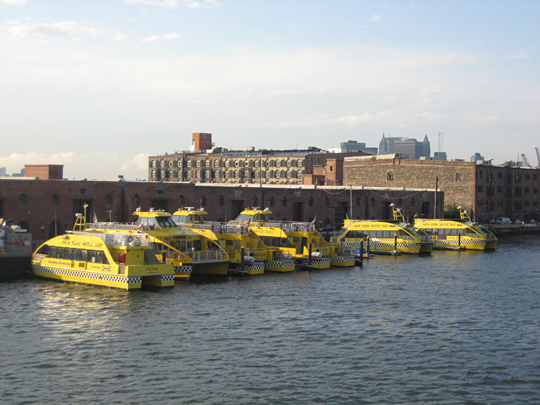 New York Water Taxi berths all of its boats off of Red Hook near the Ikea. 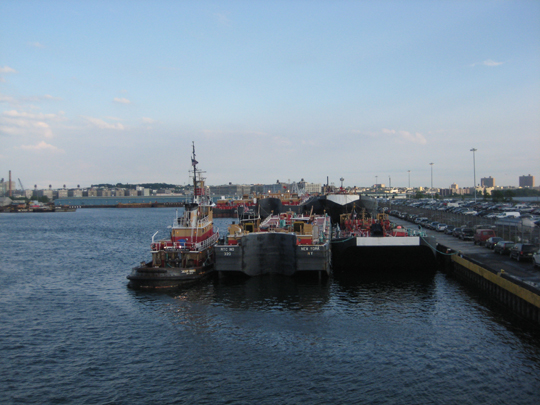 We saw tugs and barges berthed at various locations throughout the tour. One fact I learned from the tour was that the barges and tugs are almost always owned by the same operators. In this photo, you can see that the tug and barge even have similar paint jobs. 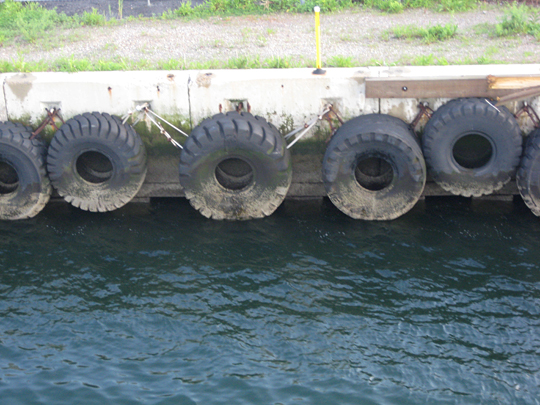 Tires are hung from the pier to provide a cushion for ships approaching the shore. 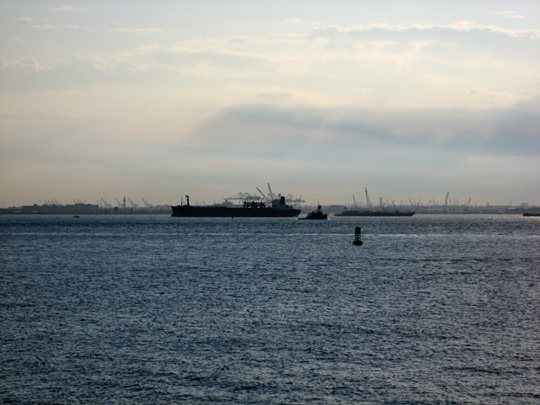 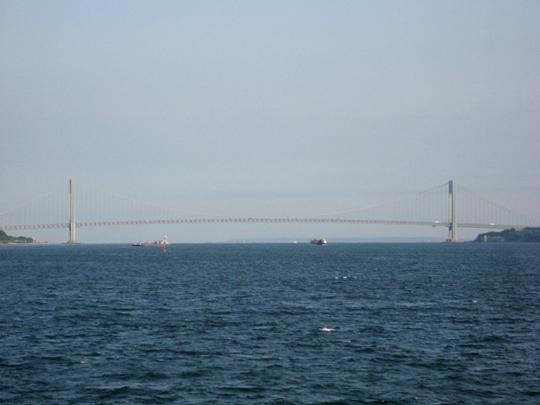 The Verrazano-Narrows Bridge from Brooklyn to Staten Island. 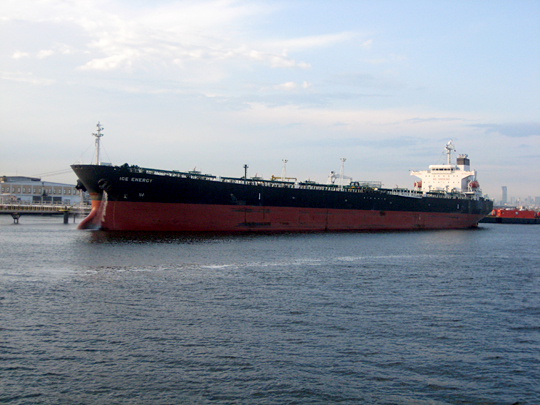 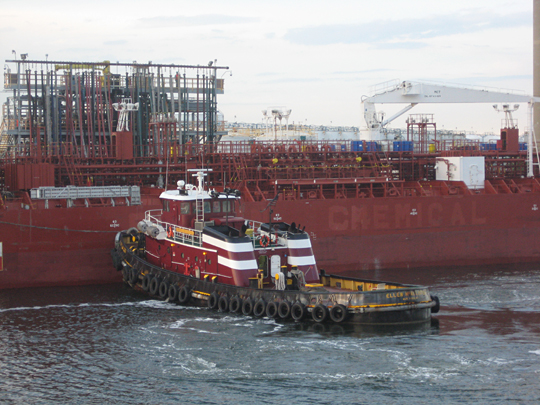 The Ellen McAllister won the tugboat races last weekend. Here she is working! 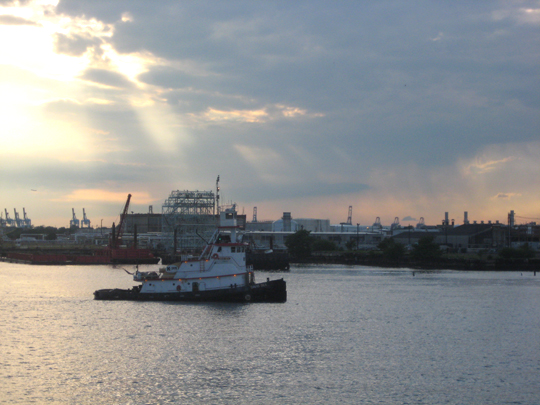 A tugboat working just outside of Bayonne. 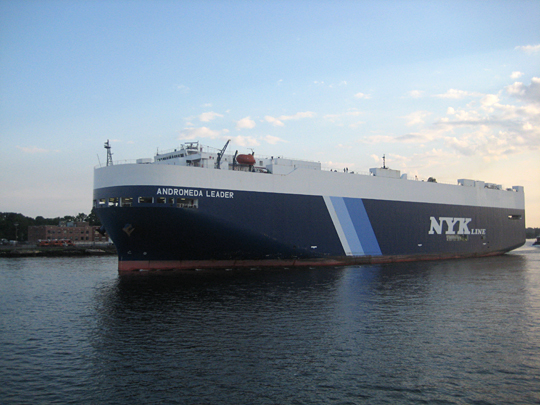 The Andromeda Leader is a cargo ship. 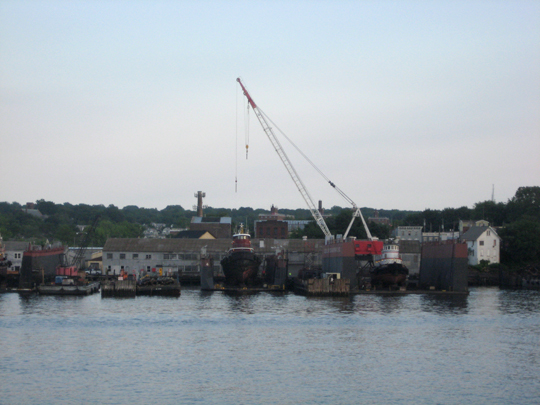 Tugboats can be worked on in dry docks like these. 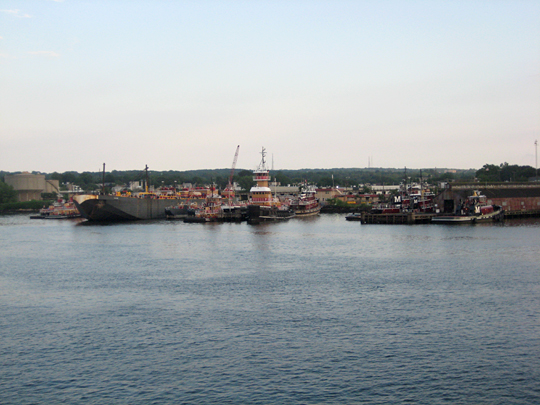 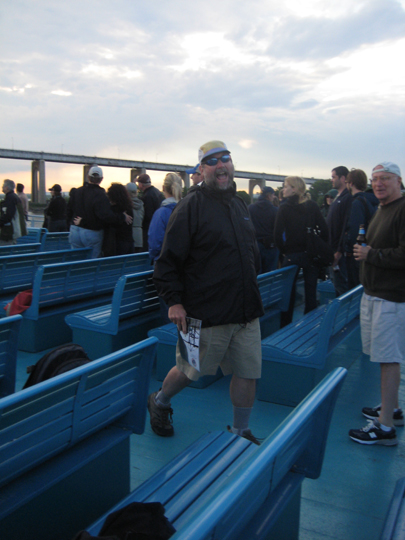 The tour was narrated by an executive from one of the dock companies. At points within the tour, he had mini-quizzes. Phil was thrilled to win a calendar! 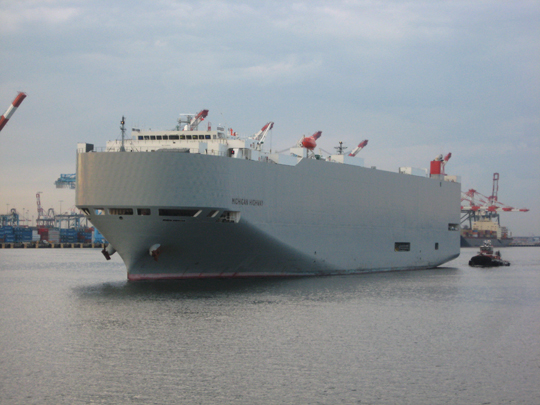 The Michigan Highway is a Roll-on/roll-off (RORO) ship, carrying tons of cars. We were stuck behind her for a while; a very large ship, and a bit intimidating compared to our small tour boat. 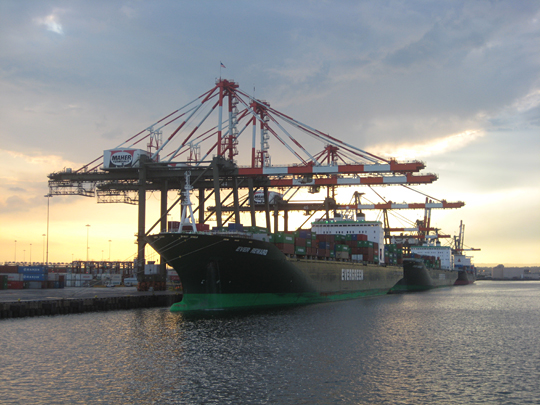 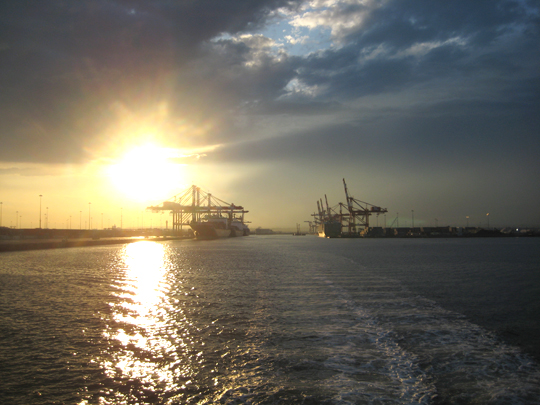 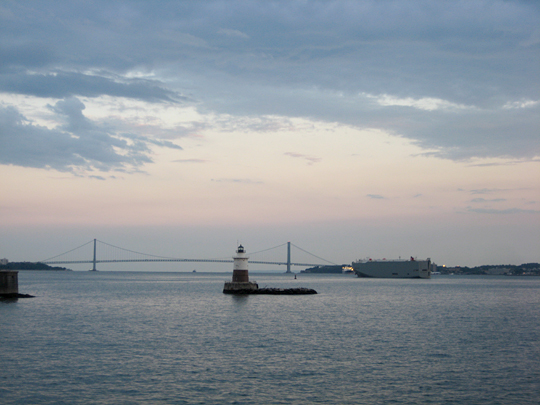 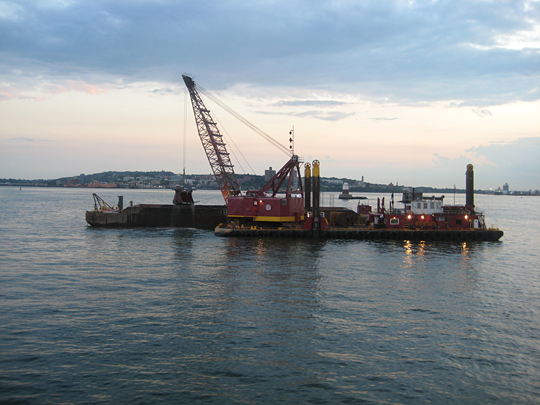 The New York Harbor is regularly dredged to remove silt and deepen the water. 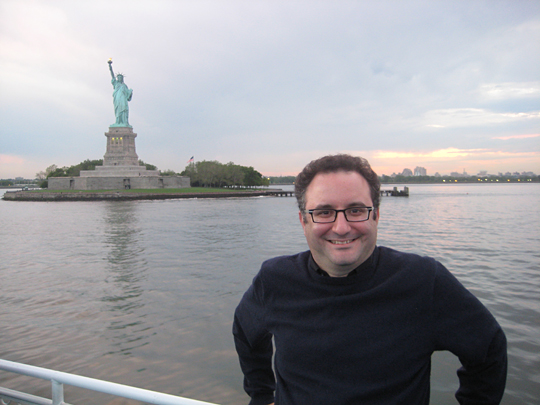 Phil took a photo of me in front of the Statue of Liberty.

I took this panorama at the end of the cruise. A tour around New York Harbor is both enlightening and relaxing. It’s a fun trip for any New Yorker. (Incidentally, I have higher resolution versions of this image if anyone is interested.)