The 17th Annual Tugboat Race and Competition on the Hudson River was held this past Sunday morning at 9:30 AM. I went to last year’s races, and had such a fun time I decided to go again. There were fewer ships racing this year; I’m guessing it was because it was on Labor Day weekend. However, it was still a blast. 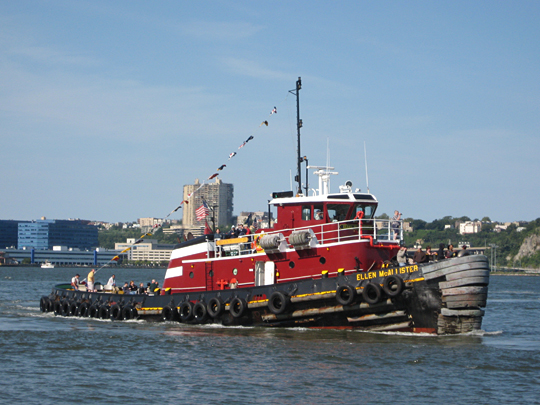 Ellen McAllister was the fastest tug of the day. 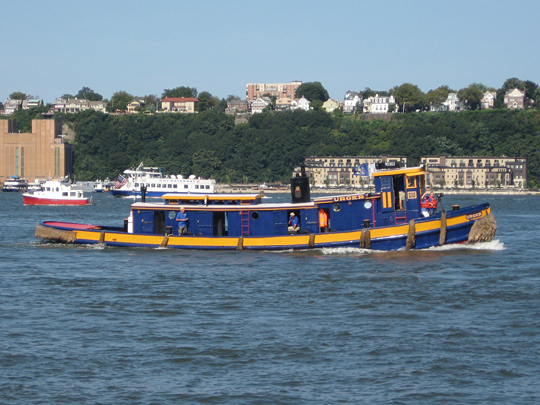 The Urger looks great–it was the oldest tug at the competition and was built in 1901. 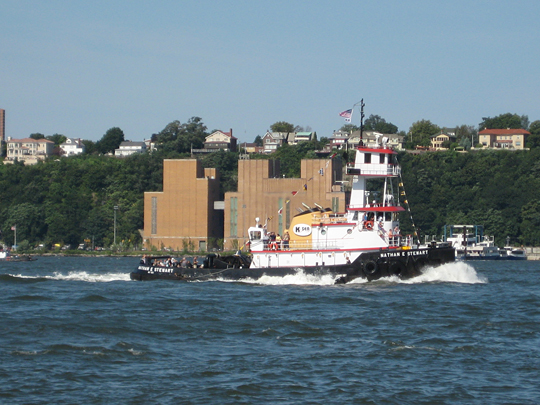 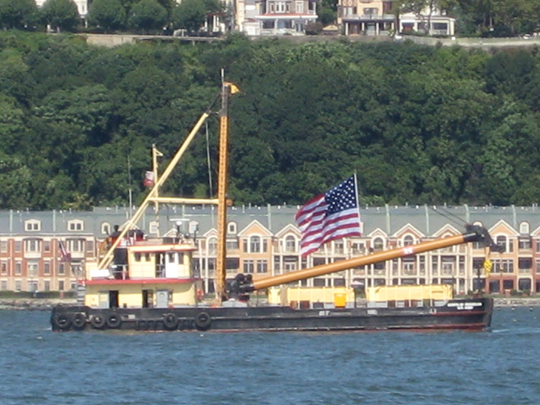 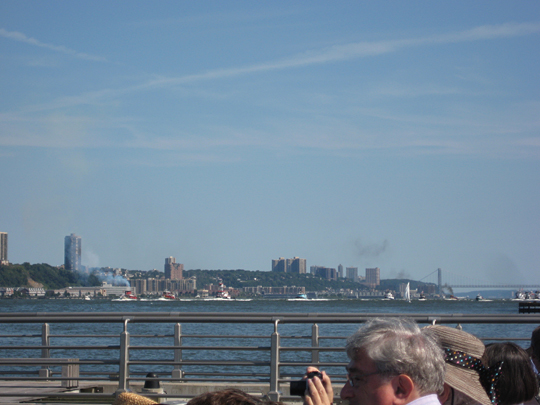 The tugboats race to the finish line.

After the race, the line throwing competition begins. Tugs have to go as quickly as possible to the pier, and throw their line over the bulb on the pier. It’s incredibly difficult. 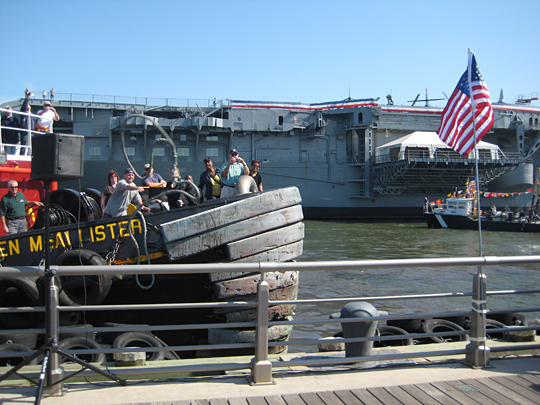 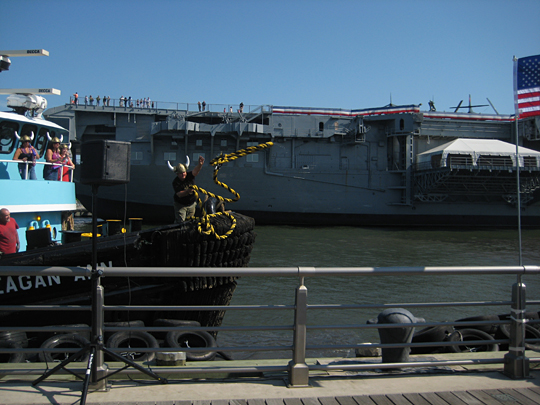 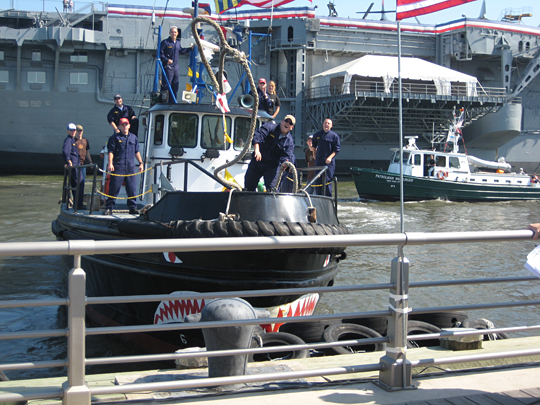 The Merchant Marine Academy was racing as well. The crowd had a lot of fun cheering on the cadets. 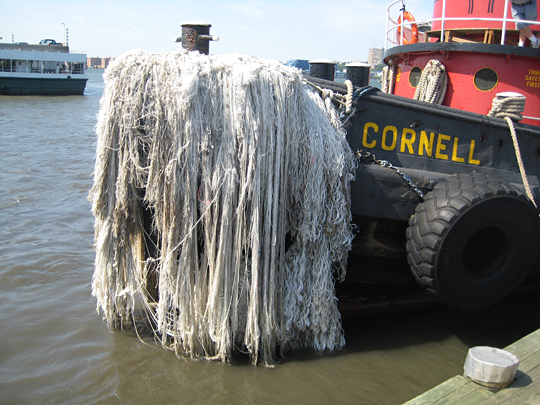 The Tugboat Cornell was built in 1949 and is still seaworthy

The tugs also play around on the water and do pushing competitions.

After the competitions, all of the tugs tie up to the pier and each other. 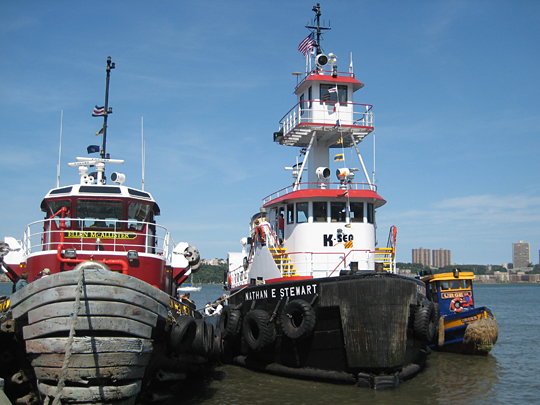 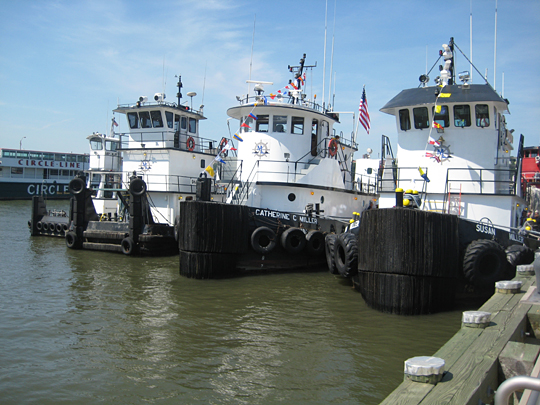 Tugster also has some great photos from the races.