You might think it is too late in the Fall to be hearing about the spider in my window; you would be wrong. Just this afternoon, I looked out my window to see the spider creating a giant 2-foot diameter web. After completing the web, it rested in the middle before hiding once again.

This spider has had some interesting behavior. I’ve seen it out at night a few times; as the nights have gotten colder this has stopped. 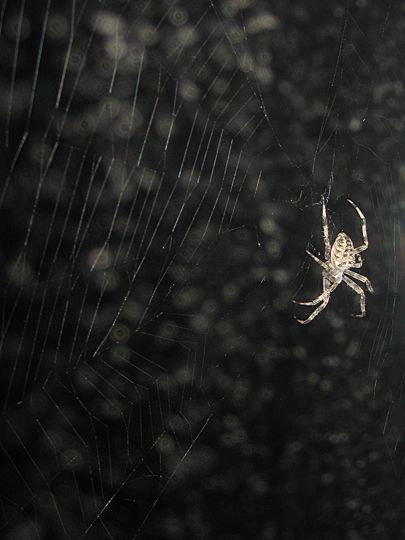 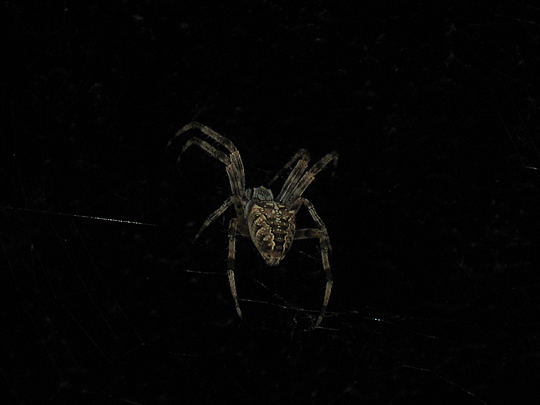 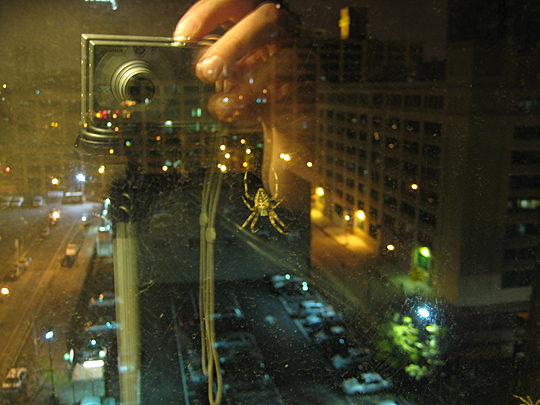 I think there may have been two spiders near my apartment at one point. I saw a desiccated spider body caught on a web at the same time as the live spider. 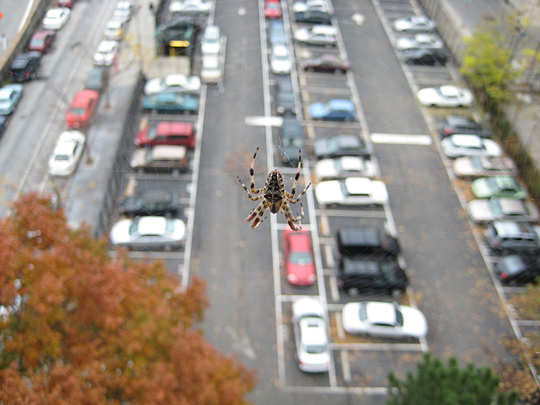 I’ve often wondered where the spider goes when it gets cold and windy. A few weeks ago, I found my answer. 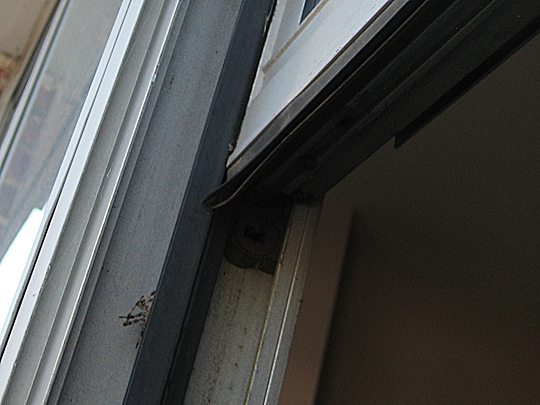 As you can see from this photo, the spider is actually hidden in the sill, specifically between the outer lining and the window.

More interestingly, the spider actually had two legs out hooked to a thread. The thread ran to the center of the still intact orb. In other words, the spider was still hooked into it’s main web and could detect if an insect landed on the web itself. 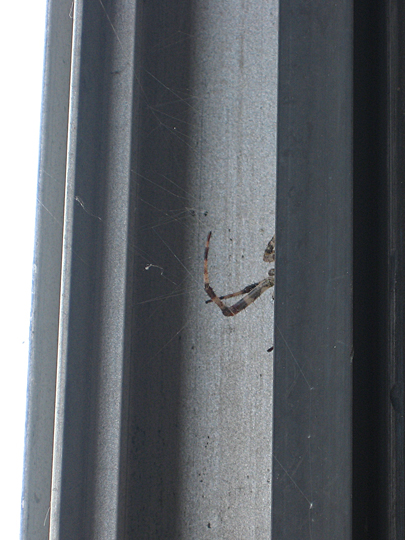 Here’s a photo that really shows off the web 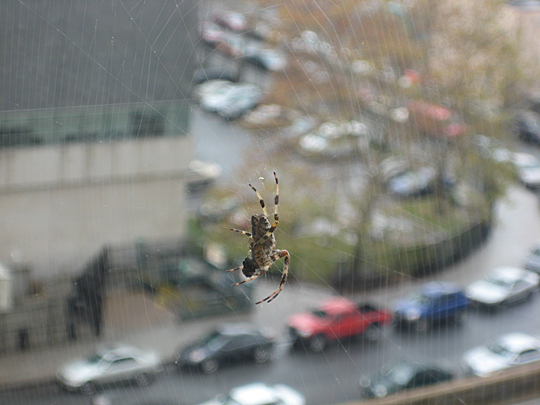 I’ve taken a couple of videos of the spider. The spider doesn’t move a lot, and when it does, it’s difficult to capture all of it’s movement. (I think this is why you always see spider webs being shown fast-forward.)

I had to swap out the audio of this movie since what I had from the television was even more annoying than the music I swapped in.