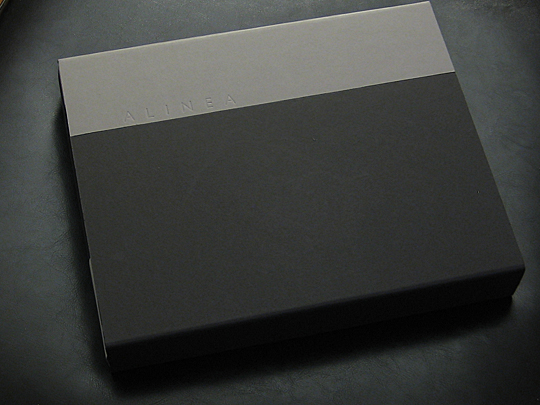 Today, I received my copy of the Alinea cookbook by Grant Achatz. Mr. Achatz may currently be the most innovative chef in the United States, if not the world. The New Yorker wrote an in-depth profile of him in its innovation issue, and there is no question that his life makes for a compelling story even if you do not find his food intriguing.

I have not had the opportunity of dining at Alinea. Not only is it very expensive and difficult to get into, but also it is located in Chicago. However, there is no question that his cookbook is one of the most beautiful cookbooks I have ever seen.

The food at Alinea could be described as “molecular gastronomy.” But I believe that does a disservice to the food. Cooks throughout time have always been willing to work with new equipment and “exotic” ingredients, and Mr. Achatz is no exception. From a first glance, the most difficult elements of the Alinea cookbook for the home cook are not the generally unavailable ingredients or the unfamiliar equipment, but the intricate nature of the recipes. Just flipping through the book shows recipes that are composed of six or seven sub-recipes before a final assembly step. This goes far beyond the many layered approach of French sauces.

The Alinea cookbook is beautiful. I pre-ordered the cookbook through the Alinea Mosaic website; the pre-orders generated the funds to allow the bood to be produced. As an added bonus, the pre-ordered cookbooks are signed and numbered.

Here are a couple of quick snapshots of the new cookbook. 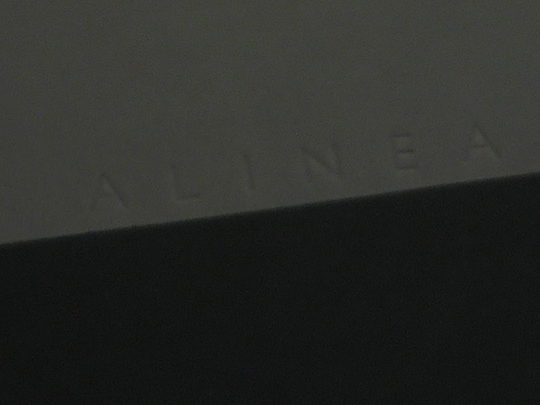 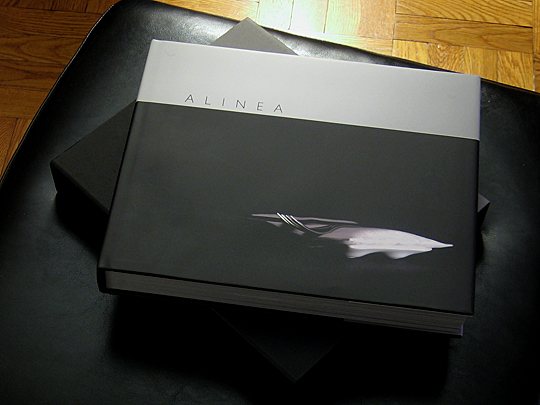 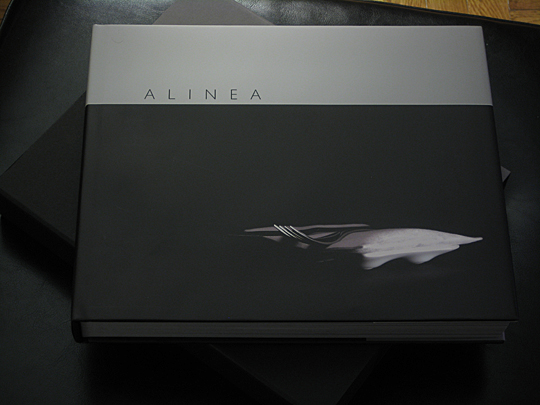 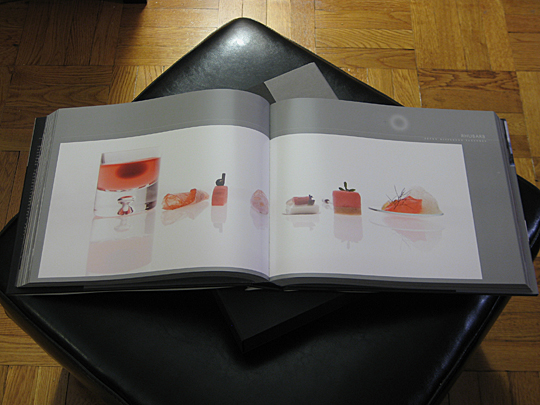 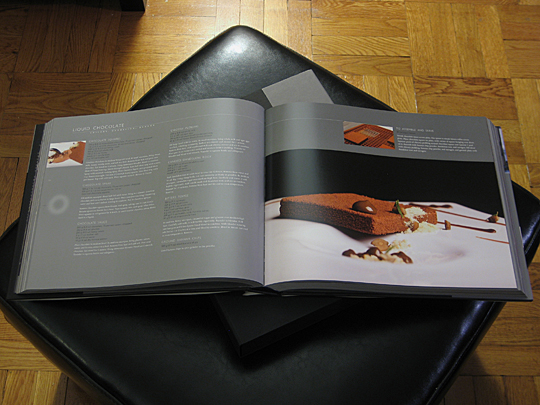 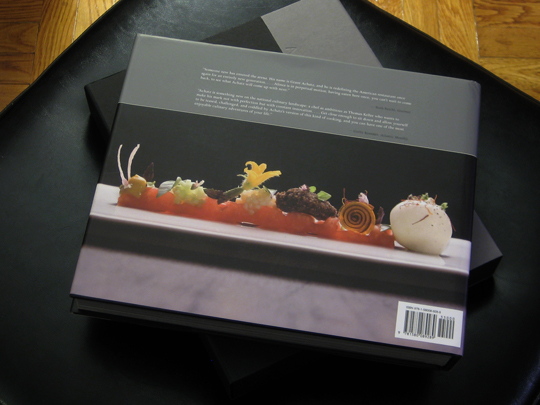 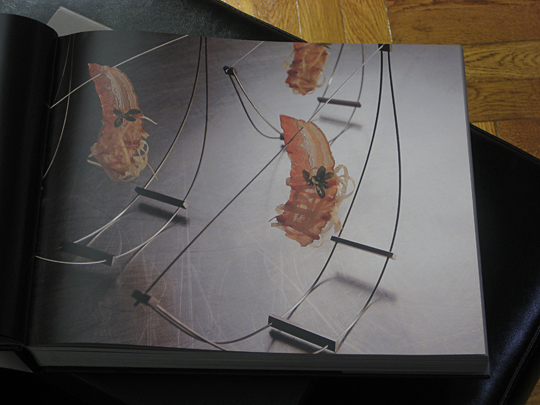 I have not cooked anything from the Alinea cookbook yet, but I am looking forward to trying one or two recipes. (It would be like playing a round of golf after receiving instructions from Tiger Woods.) Regardless if my attempts to cook anything from the Alinea cookbook are successful, I’m looking forward to reading Alinea at Home, a blog by Carol Blymire. Ms. Blymire’s last project was cooking every recipe in the French Laundry cookbook, which she documented at French Laundry at Home. She just finished her last recipe from that cookbook, the Cornets signature dish.

If you get a chance, definitely check out this cookbook.

Finally, in the it’s a small world category, one of the essays at the start of the book is by Mark McClusky. We worked together when he was at Sports Illustrated several years ago.