Last Thursday Evening, October 16, Anne and I went to the Rise Bar at the Ritz Carlton in Battery Park to wish the Queen Elizabeth 2 farewell to New York City. The QE2 is on it’s final voyage; after returning to England she will be moved to Dubai as a museum.

It was a windy, gray night, but the managers at the Rise Bar had the balcony open so that we could see the QE2 along side the much larger Queen Mary 2. The ships are both very impressive, but the QE2 looks more like a classic ocean liner than the QM2.

Even though I had a tripod, it was difficult to keep the camera steady due to the fierce winds. 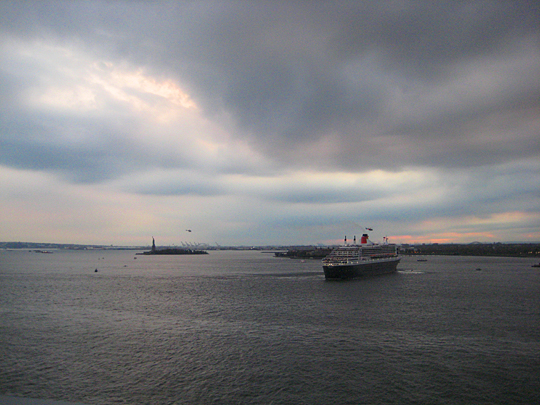 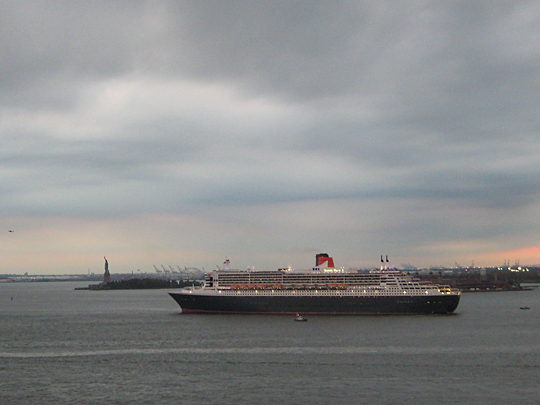 The QM2 waiting for the QE2 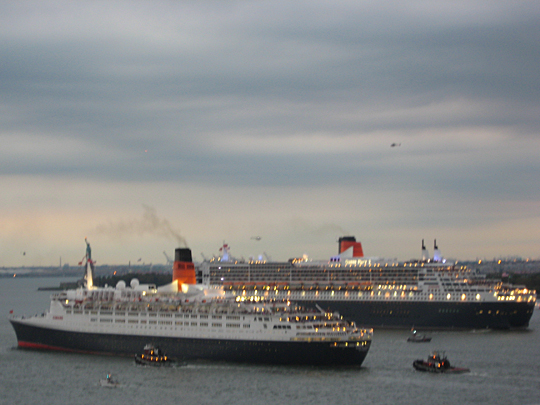 The QE2 passing in front of the QM2 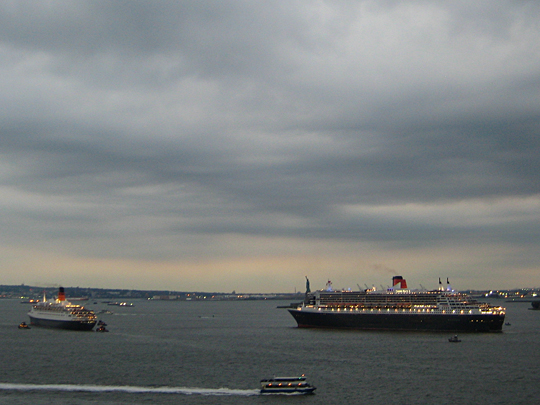 The New York Times has an article about the departure. And, of course, let’s not ignore the “it’s a small world” moment. The New York Times reports, “A duplicate of the pennant was presented Thursday to Grover Sanaschagrin [sic], 88, who as a harbor docking pilot guided liners to their berths from 1944 until his retirement in 1996.” I believe this is the grandfather of Grover Sanschagrin, my coworker at PhotoShelter.