Here are some fun facts about the Great Wall:

We left the hotel at seven in the morning. We decided to visit the Mutianyu section of the Great Wall, around 90 minutes outside of Beijing by car. It was a nice day for a drive. The day I arrived was the worst day in terms of pollution; the days became colder, but clearer, as I stayed in Beijing.

We started our climb up the stairs immediately after we arrived. We were among the first tourists to arrive that day; at the top of the wall we were able to enjoy sections without seeing any other groups of people. The parts of the Wall we saw were in fantastic condition, and the sight was amazing. It’s worth visiting, as photos and a written description do not do the Wall justice. 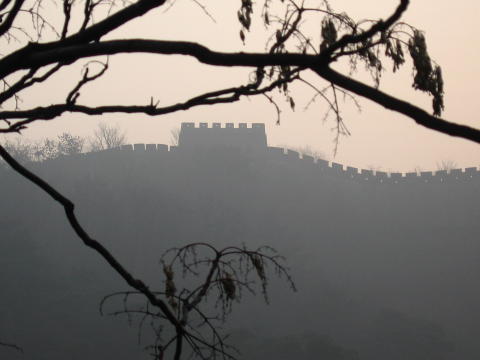 First view of the Great Wall as we climbed the steps. 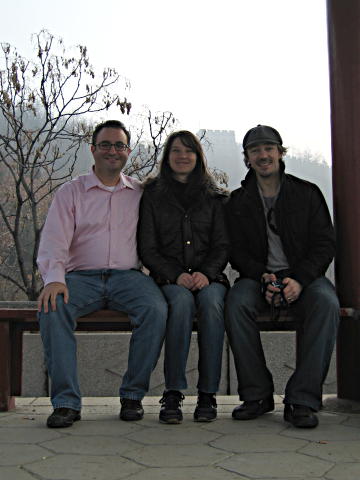 Mark, Sharon, and I (R to L) at the Great Wall. There was a small gazebo just before you reached the wall. 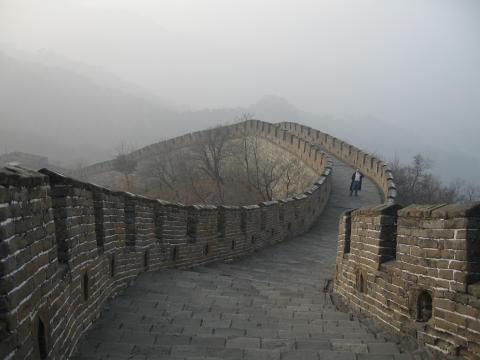 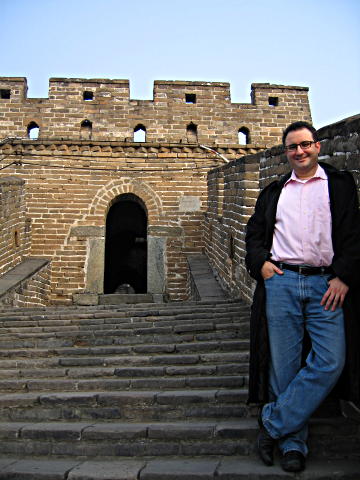 The photos make the Wall appear as if it is drastically dipping, twisting, and turning. This is not a trick of the camera–the Great Wall dips, twists, and turns as it hugs the peak of the mountain. The steepest stairs required a bit of minor climbing; as you went down the slope of the Wall you had to make sure not to slip on any frost. The Wall was also slightly angled towards one side. The angle allowed rain water to gather into drains. 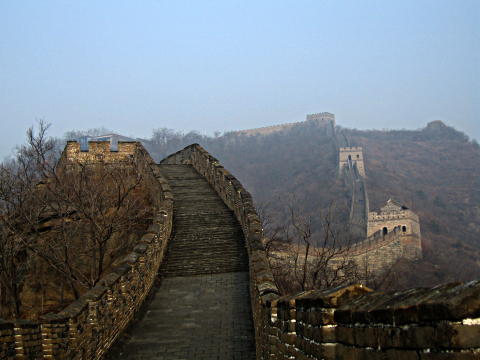 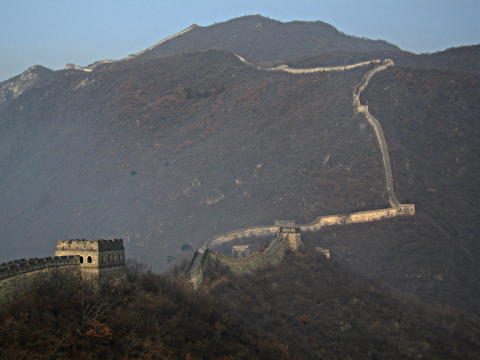 A Chinese and Australian crew was shooting a promotional video for the 2008 Olympic Games in Beijing. I took a few photos and also posted a video to YouTube. 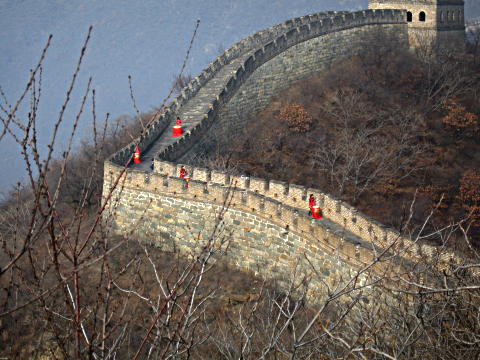