This past Friday, I left New York City for Beijing and Shanghai for a week long vacation. I flew to Beijing on Continental flight 89, a 14-hour direct flight from Newark. I used a combination of frequent flier miles, American Express points, and cash to upgrade my coach-class seat to a Business class seat. Because of the extra room, I was able to get some good sleep and arrive in Beijing refreshed and ready for the evening. 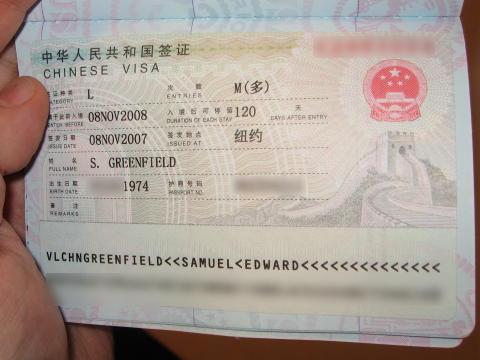 Getting a visa to go to China was not difficult. There is a Chinese consulate in New York City, and I was able to dash up there during lunch a couple of weeks ago. The consular officials were concerned about the name and purpose of my company, but I was approved for a visa and was able to pick it up the next week. (PhotoShelter works with professional photographers; they were concerned about what I did for PhotoShelter and the kinds of photographers we worked with.) 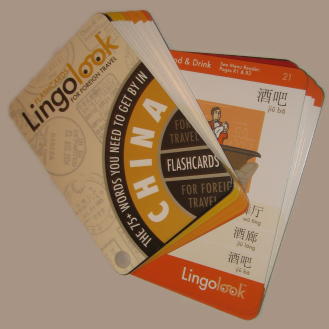 My friend Anne pointed me to this book called Lingolook. It’s a card book secured on one corner that you can use to quickly find common phrases. The book also includes drawings and simplified Chinese in addition to Pinyin and English, so you can just point to a picture if you are without a clue. The book has been helpful, but I feel that I should have taken a Chinese language class. The language is not as difficult as it may first seem, but it is unlike any other languages I know. Unfortunately, I ran out of time to take a class before my trip.

As we were landing and getting off the plane, I was struck by the level of pollution. It’s terrible that my first impressions of China and Beijing are of a dusty yellow fog and a rust-colored disk in the sky that we call “the sun,” but Beijing is the most polluted city I have ever seen. I was unable to see more than two or three blocks, and it turns out that the smog was very bad the day I arrived. Since yesterday I have been able to see across the city from my hotel room window. Beijing has a problem that they must solve before the Olympics as athletes will not want to compete in the kind of conditions I saw on Saturday.

The night I arrived, Sharon, Mark, and I feasted on Peking Duck (now Beijing Duck?). Yesterday, we climbed the Great Wall. Sharon and Mark had to go back to Shanghai last night, and this morning I’m off to the Forbidden City. Most of my trip is documented with photos; I’ll post more as I get a chance.