Earlier this summer on July 26, some huge storms whipped through the New York City area. I was at home when one of them came through. Later, tornadoes were reported in Staten Island and Brooklyn; I think I saw a funnel cloud in DUMBO as well.

This is the view from my window of J Condo in DUMBO shortly before the storm began. If you look to the left of the tower, you can see an odd discoloration in the sky.

I took the liberty of enhancing the photo to emphasize what may have been a weak funnel cloud. 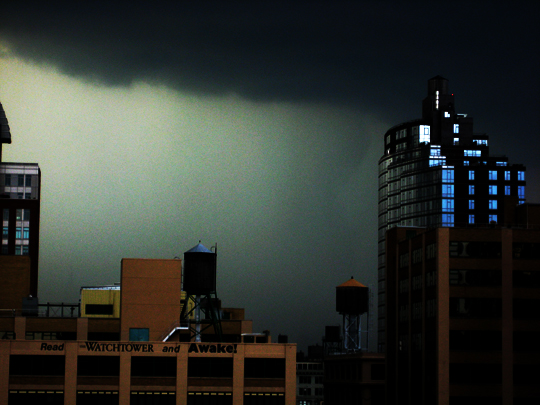 As the sky grew stranger and stranger, I decided to go up to the roof of my building to take a look at the view. A family of four was there. Shortly after they arrived we heard huge thunderclaps. The dad said that was that and after dragging the kids away from the metal kitchen vent pipes they went downstairs. I stayed up for around five or ten more minutes. However, I was also freaked out by the loud thunderclaps directly above my head and practically ran inside. 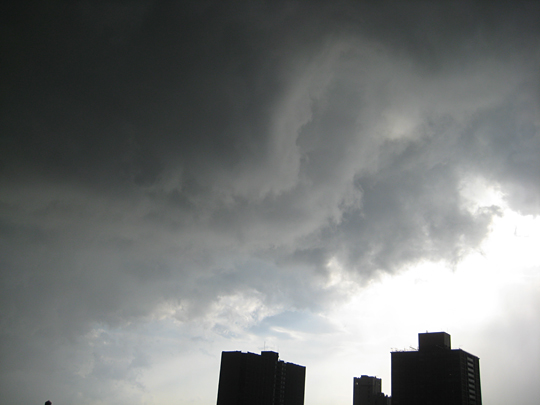 Shortly after returning downstairs, the heavens let loose a torrent of water. A friend of mine was driving in Manhattan at the time, and described having to pull over to avoid the wall of water coming down the street. As you can see from the photo, it was impossible to see Manhattan from my apartment. 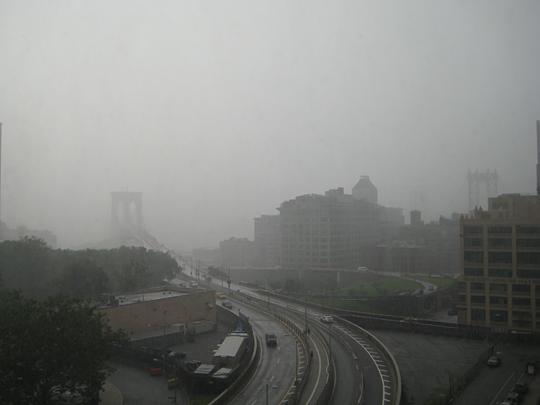 Less than 15 minutes after the rain started to fall the storm abruptly ended. If you were to look at the sky it was like nothing had happened at all. 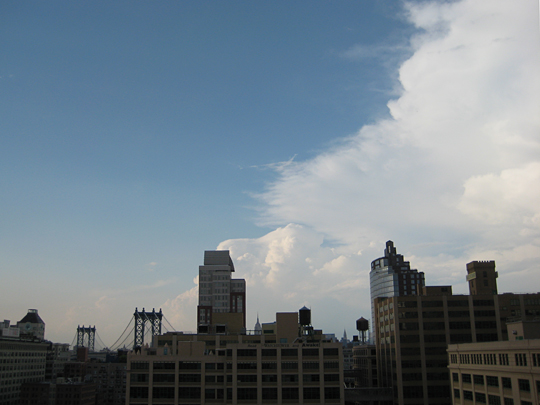 One Response to “Big Storm”