When I visit my friends Phil and Karen in Garrison, New York, one of my favorite places to hike is Mystery Point. It’s a small piece of land the juts out into the Hudson around 10 minutes north of Bear Mountain Bridge.

A light haze covered the water, and you could see it accumulate as you looked into the distance. 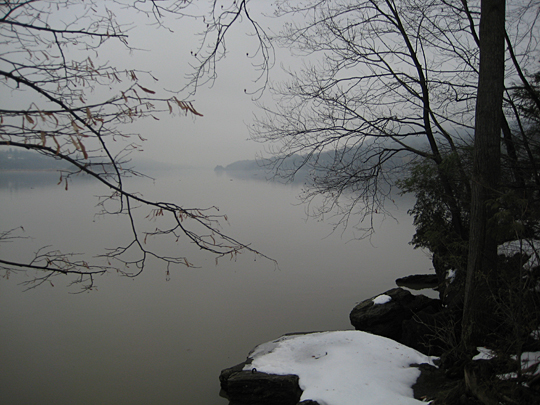 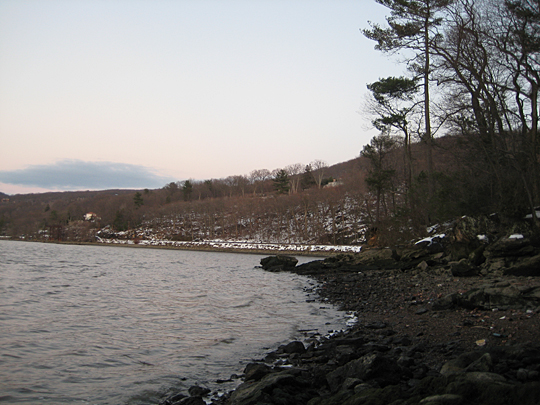 Every now and then you see odd artifacts; this hook was embedded into a large boulder at Mystery Point. Was it used to dock small boats? Was it part of a larger structure? Around 100-200 yards north of Mystery Point is a loading dock; perhaps this was part of that infrastructure. 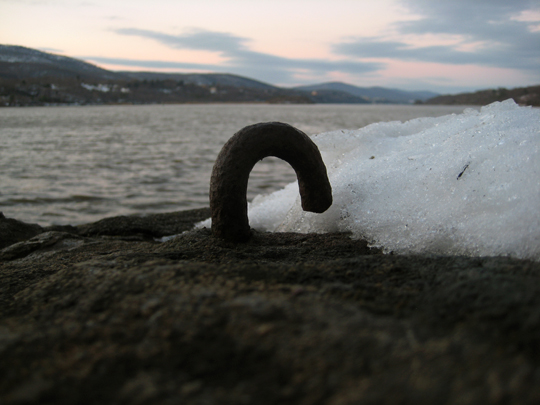 Even in the middle of winter, there are splashes of bright colors all around Mystery Point. The bright red flowers seemingly pop out of the middle of boulders. Mushrooms and other fungi abound. 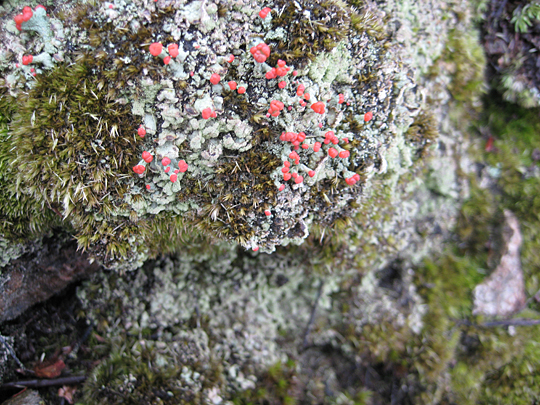 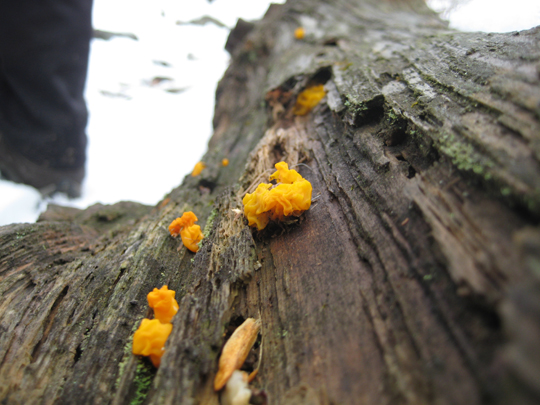 My friend Anne frequently hikes up to Phil and Karen’s house. 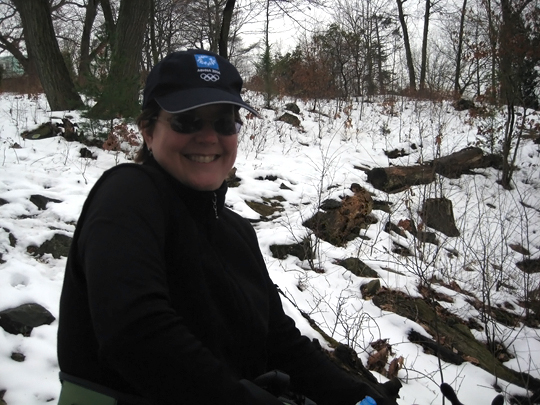 Phil has been doing quite a bit of hiking–I think he wants to hike the entire Appalachian Trail in New York. 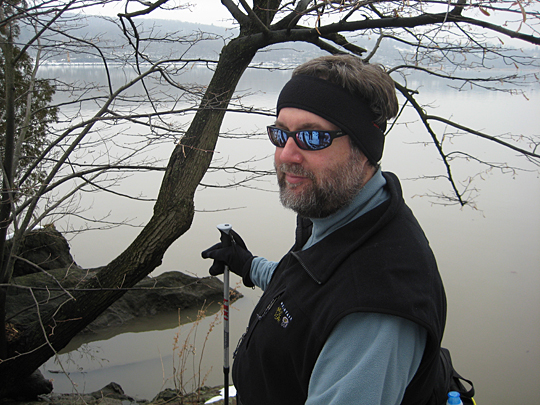 Karen, Anne and Phil on the goat trail next to Mystery Point. 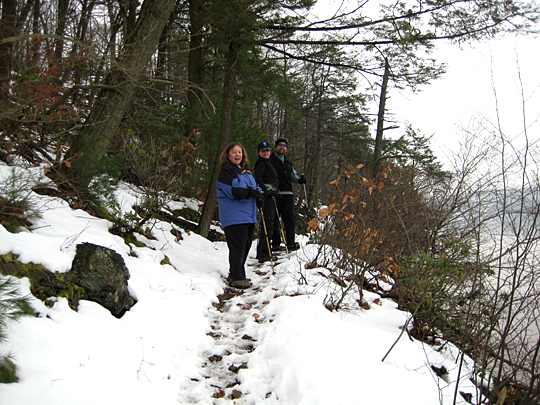 Tilt-shift effects can sometimes be fun…. 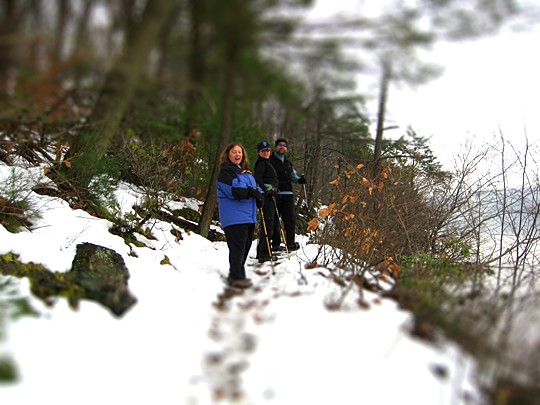 I went back up to Mystery Point last weekend. Spring has already arrived at Mystery Point, yet it was a bit surprising how much the weather, water, and land resembled the weather of late December. 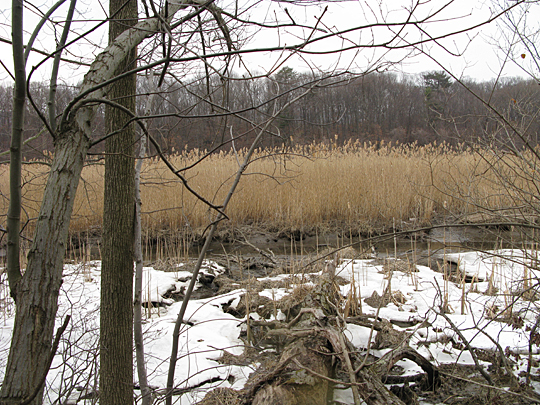 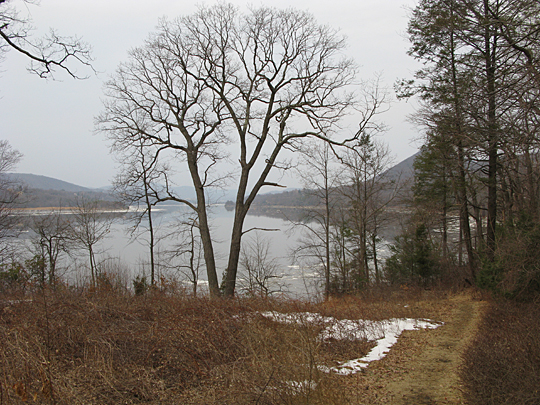 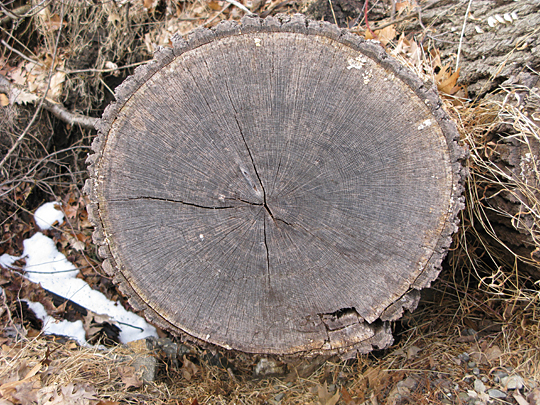 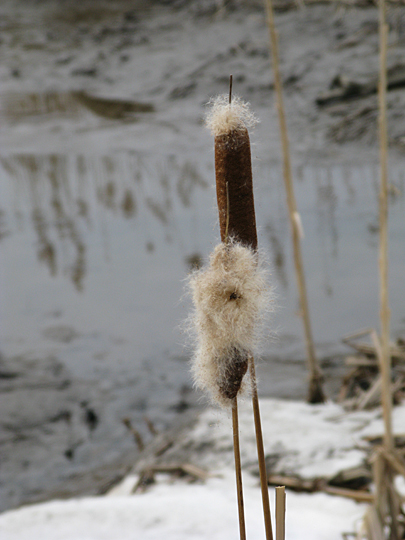 Wildlife abounds at Mystery Point. My friend Kathy took a fantastic photo of an immature bald eagle on the Hudson next to our friends’ house. She was also kind enough to lend me her camera for this most recent trip since I had left mine at home. One of the signs that Spring was arriving were the large number of red-winged blackbirds migrating back. They had a distinctive call and a stunningly sharp and bright swatch of red and yellow on a black body. 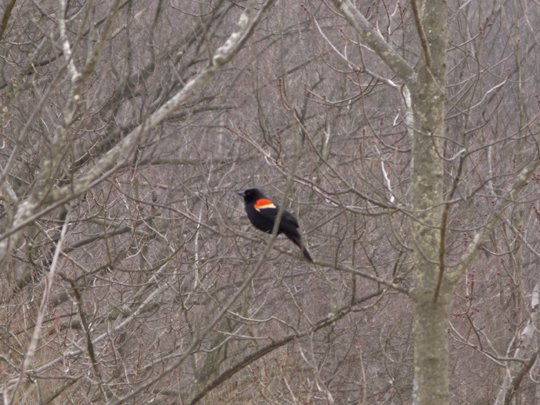 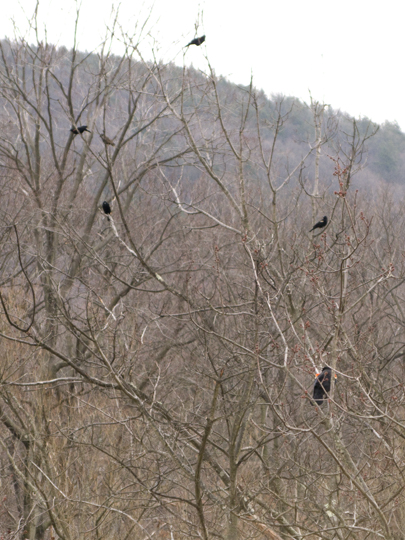