A few years ago, I wrote about the difference between the Kerry and Bush 2004 campaign websites. I noted that the Bush site had a significant amount of negative campaigning compared to a lack of any negative advertisements on the Kerry web site.

Last week, I went to the websites of the Obama and McCain websites to compare the two candidates’ sites again.

The first significant difference between the two sites was the use of an interstitial page prior to the main web site. The Obama web site had a large plea for money, while the McCain web site had a continuous stream of videos from his campaign. I found the Obama plea for money to be fairly obnoxious. However, it was probably successful based on the amount of money he has raised from small Internet donations. The advertisements on the McCain interstitial were positive and focused on McCain’s prior service. 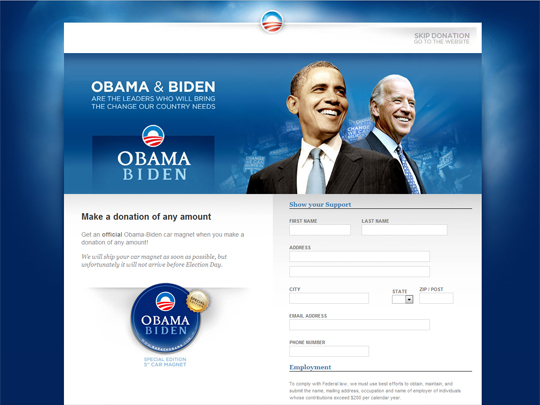 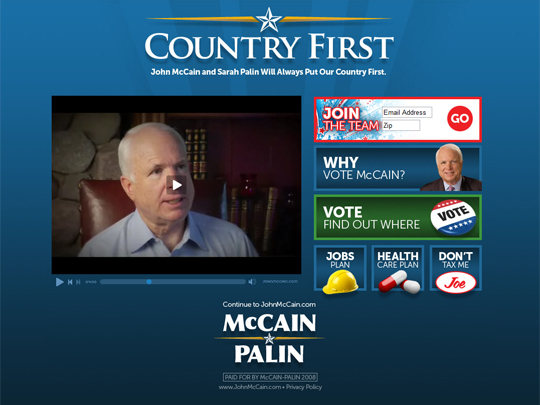 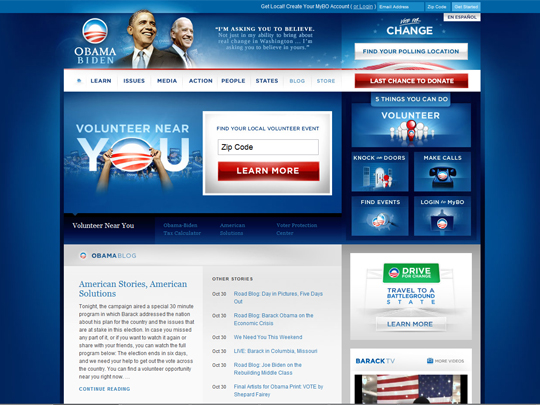 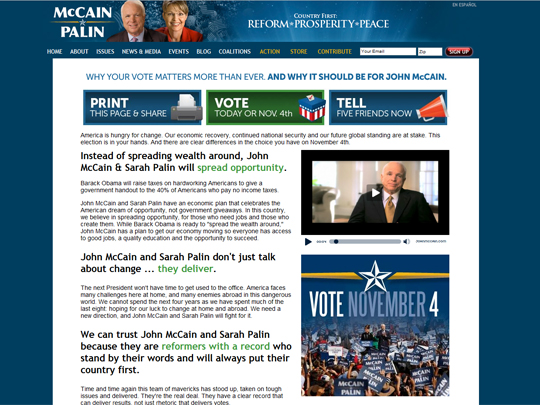 Both sites this year were focused much more on individual participation than the previous election. Major elements of the McCain and Obama web sites are focused on volunteering and grass-root efforts.

As vicious as this year’s campaign with racism, sexism, ageism, and bigotry, I believe incidents like the swift-boating of Kerry or the Killian document controversy regarding Bush were a low point in American politics. In particular, the swift-boating of Kerry was a disgusting and heavily financed effort to impugn his military career that was made with the full support of the Republican establishment.

For the record, I believe Barack Obama is the best person to lead the country, and I recommend that everyone go out and vote for him.