My brother called me to say that there was a fire close to his apartment building and that there were a large number of firetrucks present. I saw the report on the Gothamist Labs: Maps; it was reported on Gothamist as both a 10-75, “notification of fire or emergency,” and a 10-76, “notification of fire or emergency in a high-rise building.” He said that he could see water shooting out of the windows. Hopefully everyone is okay. 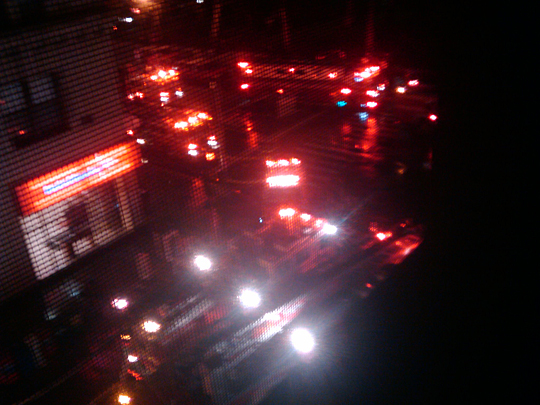